Five scripts made it to the finalist position. As finalists, they are offered a 10-minute live reading of an excerpt from each script, read by actors, thus offering the screenwriters the opportunity to hear their words out loud.

When a new teacher arrives in the Australian Outback, he unites with a strong-willed, compassionate student counsellor to fight the systemic racism, homophobia, transphobia, and child abuse plaguing the town.

Dr. Jekyll has perfected a medical formula that will bring back a part of himself that was lost because of his father's mistreatment, and now that Miss Hyde has entered the picture, she has no intention of leaving. This is a transgender woman version of the Dr. Jekyll/Mr. Hyde Tale.​

​      An Air Force Sergeant and mixed race young man take on anti-gay policies, workplace and domestic hostilities, and even the threat of terminal illness to win at love.

​      Two trouble-making brothers, Will (11) and Charlie (14) are sent to live with their estranged father in West Africa, only to find themselves in a desperate fight for their lives when a group camping trip in the desert goes terribly wrong. Based on a true story.

In the 1950's South, an aimless young lawyer finds himself torn between his racist family and community on one side and his six-year old client and a beautiful black woman on the other. 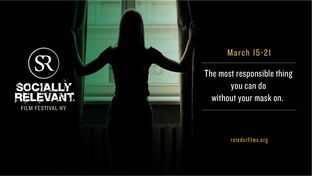